The honourable Peter MacKay, Minister of National Defence and Minister of the Atlantic Canada Opportunities Agency (ACOA) and the Honourable Richard Brown, Minister of Development and Technology announced funding for Atlantic Soy Corp to purchase equipment needed for the conditioning of locally-grown IP soybeans.

“The Government of Canada continues to make strategic investments to strengthen the economy of Prince Edward Island and the Atlantic region,” said Minister MacKay. “This investment will supply Atlantic Soy Corp with the equipment necessary to capitalize on a value-added market that keeps growing.”

“Prince Edward Island businesses are now competing in a global market,” said Minister Brown. “By investing in companies like Atlantic Soy Corp, the Government of Prince Edward Island is showing support for a diversified economy that will create employment and generate wealth for Islanders.”

Atlantic Soy Corp is a newly-incorporated company that has a goal of developing the Island’s IP soybean industry and opening up markets for Island Farmers in Japan that require high quality IP soybeans free of genetically modified organisms (GMO).

“More and more buyers, especially in niche markets overseas, are demanding these types of standards,” said Robert MacDonald, President of Atlantic Soy Corp. “With this new facility, the only one of it’s kind east of Quebec, it is our hope that growing and conditioning IP soybeans for the Japanese marketplace will improve and enhance the overall financial stability of the Island’s agriculture industry.”

Identity Preserved soybeans offer a guarantee to buyers that growing and storage standards are certified and traceable from the end user back to the farm gate. By assuring Japanese customers that the product they are purchasing meets their required standards, PEI Farmers are able to negotiate and receive premium prices for their products.

Thanks to more than $1.1 million in federal and provincial support, Atlantic Soy Corp will purchase new equipment needed for the conditioning of locally-grown Identity Preserved soybeans. The specialized product is in growing demand in the International market. Representatives from ACOA and the provincial government participated in the company’s grand opening celebrations today at the new state- of-the art facility located in Belle River. 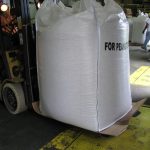 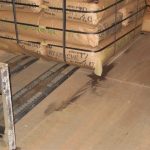 How Lipton is saving the environment by cutting out wooden palletsKOOI-Palletless, Case study