In January of last year, fruit and vegetable importer/exporter Univeg Benelux took over the former Laurus distribution centre alongside the A12 motorway inWaddinxveen (NL). Relocation to these new premises meant that Univeg also had to replace its fleet of existing forklift trucks and reach trucks. 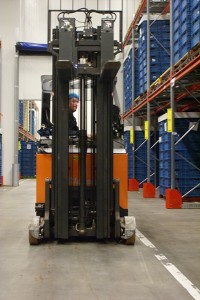 This proved to be a difficult process because the trucks had to operate seamlessly within their new surroundings and had to have a wide range of safety systems installed.

Following the company’s relocation last year from Bleiswijk to Waddinxveen, a three-member committee at the fruit & vegetable import/export company got to grips with the issue of which reach trucks and forklift trucks were suitable for use at their new distribution centre. The contract with their existing supplier had expired after a five-year term. Renewal of the contract to use the trucks from the old Bleiswijk site was not an option. ‘That was a custom-made solution for the situation at that site,’ explains Peter Schultz, Head of Facilities at Univeg.

The ensuing selection process resulted in Still being selected to supply twenty-five electric RX20-16 forklift trucks and four FMX-14 reach trucks. The final decision to work with this Hendrik-Ido-Ambacht-based forklift truck supplier followed an intensive selection process. Schultz recounts, ‘The choice was made particularly difficult for us because we were totally unfamiliar with this distribution centre and had no frame of reference to rely on.’

Trucks from three suppliers were tested during the selection process. An important factor was their ability to cover large distances in a day’s work. The distribution centre has an elongated floor plan and covers some 35,000 m² (376,750 sq ft). The trucks also had to be able to work long hours given the fact that the distribution centre sometimes works long shifts. ‘It was important that their batteries lasted long enough and that they could be charged at the charging station that was included in original condition with the inventory taken over from Laurus,’ explains Schultz.

Evaluation test scores were designed to determine which trucks were the best according to the committee’s members. 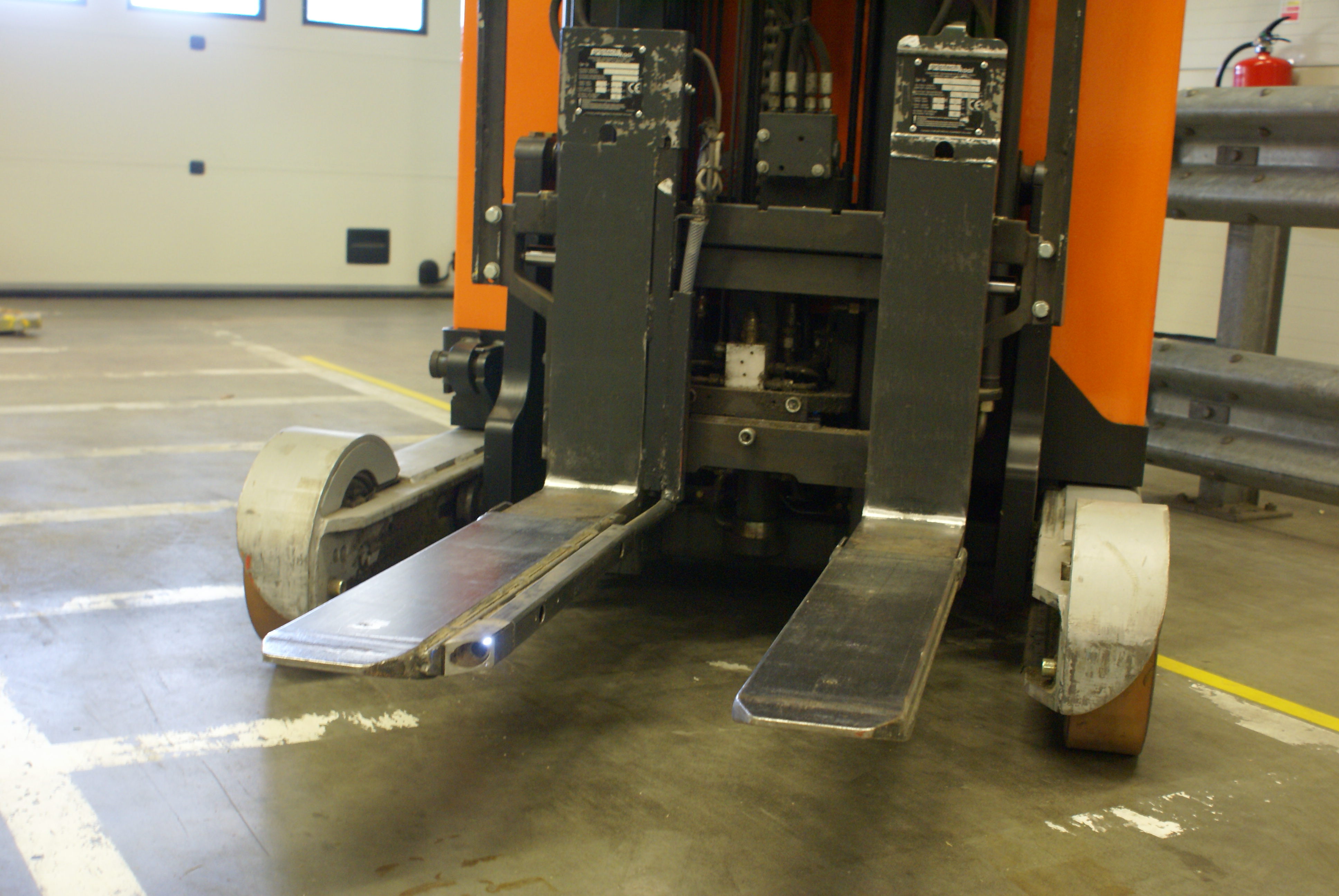 ‘This turned out differently than anticipated, as two suppliers ended up with the same score. It was really a struggle for us to decide which trucks we should choose.’ Still quoted a better price and this was ultimately the deciding factor. ‘But it really was a difficult choice for us because there was virtually no difference in the trucks that each of these suppliers were proposing.’ Univeg is leasing these trucks for a five-year term and a follow-up order has already been placed for an additional four forklift trucks and two reach trucks. The contract also entails Still carrying out all truck maintenance. ‘We made binding agreements that if anything goes wrong with the trucks, then a mechanic will be on site within four hours to make any necessary repairs. Of course, this doesn’t include any damage we’ve caused ourselves though.’

The Waddinxveen distribution centre’s logistics manager, Vincent van Dijk, explained that a decision had been made to fit the new trucks with a number of systems that would improve safety at the new distribution centre. Schultz adds, ‘What was unique about this is that our technical services department and Still installed a camera in the nose of the fork on each of the reach trucks – normally, the camera is mounted to the rear on the fork carriage. The advantage is that drivers can see on their dashboard-mounted screen far more clearly whether a pallet is positioned correctly in its rack location even at heights of up to five metres. The camera system also means that drivers do not have to strain their necks so much when judging whether they’re correctly positioned to insert or extract a pallet. I think we’re one of the first companies to implement what I think is an ingenious and unique solution.’

An added advantage is that the hydraulic forks can also be extended and retracted. ‘This system can extend its forks from 80 cm to 1 m. When the forks are retracted, a green light illuminates on the dashboard. The lamp goes out when the forks are extended,’ explains Vincent van Dijk.

Van Dijk has noticed that safety consciousness among drivers has also been improved by implementing the ImpactManager registration system. ‘This system serves as a reminder to drivers that they have to treat their trucks with care. The new fleet has been in use since May and we’ve noticed that damage to racks – for example – has been greatly reduced. We’ve also fitted all the trucks with a load backrest extension. Still didn’t have this item in its standard product range, but we had them fitted to all the trucks nonetheless. This attachment is crucial at our distribution centre because we handle an extremely diverse range of heavily laden pallets on a daily basis.’

Schultz emphasizes that not only technical systems were examined with regard to distribution centre safety. ‘We introduced a traffic plan that works really well and keeps forklift truck drivers and production staff segregated as far as possible while they’re carrying out their work.’ 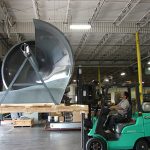 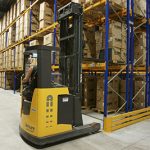