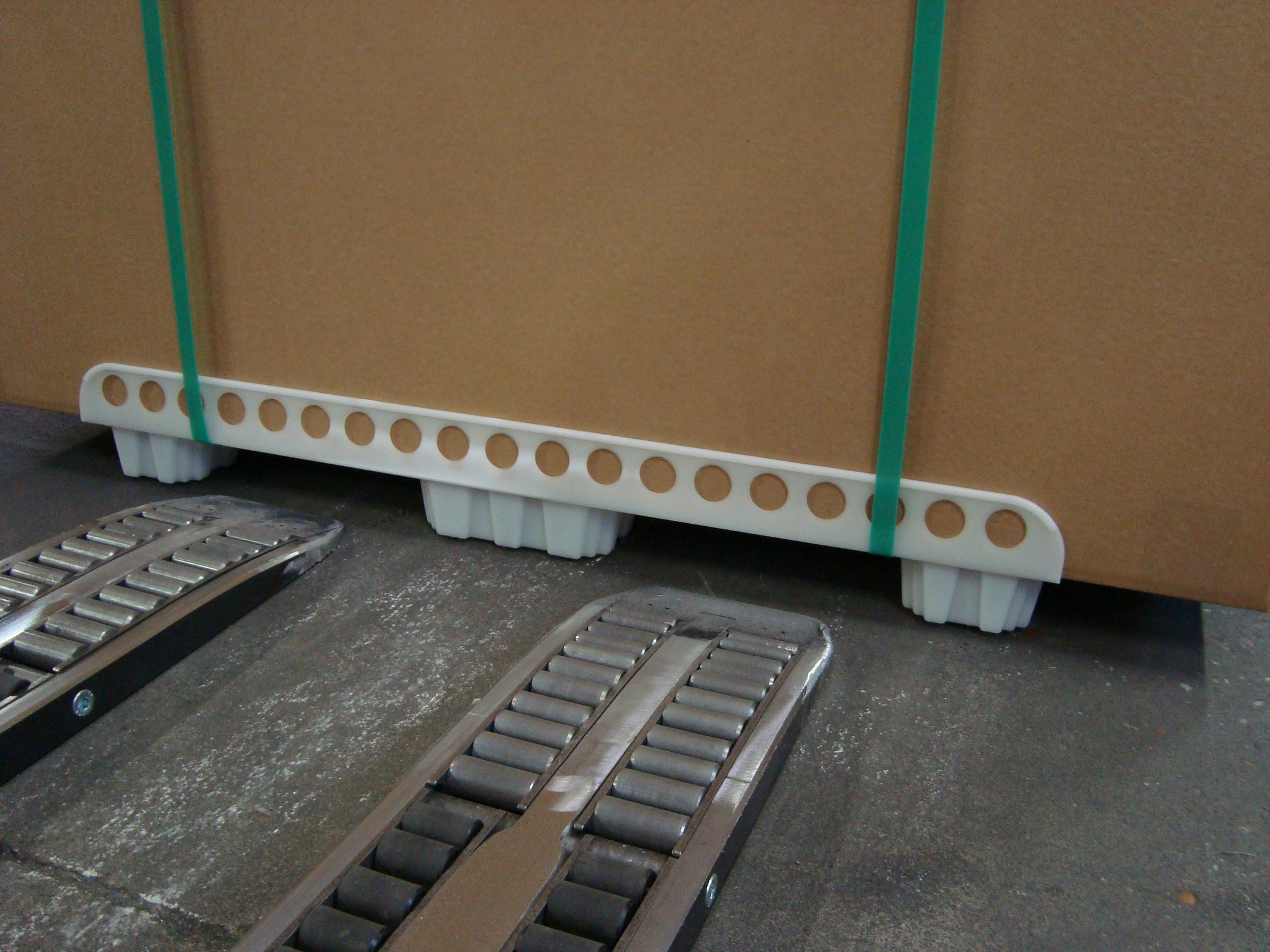 Two RollerFork versions were available at their launch several years ago – these were one and two-ton versions. Meijer Handling Solutions (MHS) recently introduced additional RollerForks with capacities of 2400 kg and 3000 kg that are primarily intended for bagged goods and FIBCs.

In addition to the heavier-duty models, MHS has also developed special-purpose narrow RollerForks (RFC10) for dealing with loading ledges. Loading ledges are specially designed plastic profiles developed as an alternative to pallets that hold loads in place.

Non-rigid loads tend to start sagging over an extended period. This is not necessarily a problem, but it can cause problems when unloading containers. If regular forks are used to remove the goods from the container, then the load will probably sag. Regular forks would have to be forced under the load, possibly causing damage to its underside. The load then has to be removed from the forks, but often this is not possible because the load is sagging around the forks. The load then has to be held back in order to retract the forks.

Often loads have to be put on standard pallets along with their loading ledges for internal transportation. This can be quite a tight fit. This is why MHS developed the RFC10 RollerFork model to avoid such problems. These RollerForks are 160 mm wide, fit easily between the loading ledge profiles and can lift up to 1500 kg. RollerForks can pick up loads easily even if they are sagging. The specially shaped RollerForks tips slide effortlessly under the load and can be retracted easily in order to place loads on regular pallets.