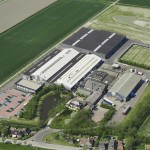 Meijer started as a one-man business in 1921. Like many companies at that time, the company focused on local agriculture. As a result, the company developed into a contracting firm and a bulldozer rental company, which carried out repairs and developed and constructed new machines and machine parts. In 1980 all bulldozer activities were ceased but the development and construction of special machines continued to be an important activity for Meijer. They proved themselves by developing surprising and effective solutions for complicated technical problems. The knowledge and experience gained through these activities were also of substantial importance in the development of its present achievements.

Meanwhile, metal sheeting was the main activity of the company and under the name “Meijer BV” the company is active for many years now. Meijer distinguishes itself by the effort of creativity and technical knowhow. Besides that, the company also owns a very modern machine park. This in combination with a very reliable organization and reliable logistic processes determines the success of Meijer BV.

The origin of Meijer Handling Solutions (MHS) former known as MSE-FORKS BV lies in the patented telescopic forks that were introduced in 1980. These telescopic forks were invented and developed by MSE-FORKS and were sold to a local company called KOOI BV, which has now become Cargotec/Moffett. In the year 2000, MSE-FORKS took over the sales and marketing activities from KOOI BV relating to the ‘KOOI forks’ from KOOI BV. The official brand name KOOI-REACHFORKS® was acquired by Meijer Handling Solutions as well, because of its good and well established reputation in the world of logistics. 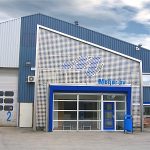 Since 2003 MHS has served the market with a new product, the ROLLERFORKS®. These ROLLERFORKS® are developed and patented by MHS. The economic importance and the cost-effectiveness of the product, in addition to its creativity, were decisive motives for the presentation of some important innovation awards. The ROLLERFORKS® are characterized by their simplicity and effectiveness. MHS also produces all kinds of Push-Pull systems and stationary Push-Off systems.

The latest MSE-FORKS product to be introduced to the market is the patented FLEX-OPS, an overload protection system for forklift trucks. In 2013 MSE-FORKS was appointed by Flexco Industries as an exclusive distributor for Europe. 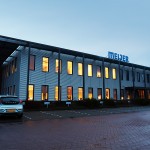 Since February 1st 2016 MSE-Forks has got a new corporate identity. Craftmanship, common sense, efficiency and reliabillity have been Meijer’s core values for years. To point that out from now on MSE-Forks will be called Meijer Handling Solutions. This strong new name represents much more what our core business is.

All products are sold through a network of forklift producers (OEM-business), representatives and lift truck dealers around the world and since 2019 through our own Joint Venture Cascade-KOOI in the USA.

Do you want to know more about our efficient handling solutions?